Ability to recognize, feel, and respond to the needs and suffering of others. 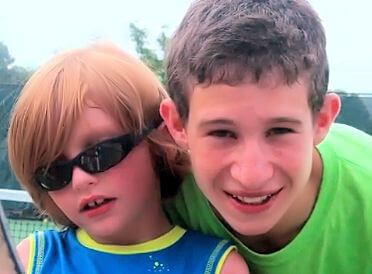 Jake Bernstein, age 17, is a great example of how service-learning changes lives.

In fact, in one of President Obama’s annual “Back-to-School” addresses, he praised three extraordinary high school students for giving back to their communities. One was Jake Bernstein.

Jake volunteers with Autism Speaks and co-launched StLouisVolunteen.com with his sister Simone. He is also on the Youth Advisory Board of generationOn, a national effort to inspire, equip, and mobilize youth to change the world and themselves through service. The President urged students to become engaged in their communities, saying “America needs your passion, your ideas, and your energy….Nothing inspires me more than knowing that young people all across the country are already making their marks.”

What the President did not say should come as no surprise to educators. Teachers play a significant role in fostering the passion, ideas, and energy that motivates students to become engaged in their communities. This meaningful and important work happens every day in and outside of K-12 classrooms.

The power that young people have to make a difference in the world cannot be measured through standardized testing. In Tomorrow’s Change Makers: Reclaiming the Power of Citizenship for a New Generation, college students recalled the powerful influence of educators in their lives. Memories included the elementary and middle school teachers who taught the importance of positive values like cooperation, compassion, teamwork, and getting along with classmates.

Students recalled simple service-learning projects that made them aware of people in need. When students reached high school, the values they developed in younger years helped shape their civic identities.

In-depth interviews and surveys of students from diverse households noted three ways that teachers inspired young people toward service and active citizenship, outlined below. While the study focused on adolescence, findings pointed to the developmental nature of engaged citizenship and the systemic importance of families, schools, and communities throughout the K-12 years.

Teachers who tied their curriculum to service activities in the real world helped students gain skills in critical thinking, planning, organizing, and problem-solving. Teens gained most when service-learning projects pushed them out of their comfort zones to see the world differently. Face-to-face encounters with people who were suffering or were different from them were transformative, giving them the internal energy and passion to make their own mark on the world.

When Danielle participated in a geography service-learning project through Heifer International, it ignited a passion for citizenship and environmental stewardship. She changed the way she saw service from “something you did on the side when you had time” to “a lifestyle.”

Through a homeless outreach service-learning project at his school, Giovanni walked around Philadelphia “finding people who were homeless…talking to them, saying this is where you can get a shower, clean clothes, or a permanent mailing address. This other world opens to you. You find they are really people just like you.” 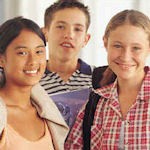 While teachers deliver curriculum, facilitate service-learning projects, and teach about the workings of democracy, this study discovered an often hidden and invaluable contribution they make to teenagers who go on to become engaged citizens. Over 90% of study participants mentioned their high school teachers as being instrumental to the committed young adults they became. Overwhelmingly, students admitted that teachers mentored them in ways that developed self-efficacy. Without belief in themselves, students said they would not have the belief that they could change the world.

What did teachers do that nurtured self-efficacy? Students said they:

6) Provided another perspective during problem-solving

Following a service-learning project at the age of 15, Ashley turned her love of media into educating people about recycling. Speaking of two high school teachers, she said, “They were right alongside me….and I could go to them and talk about anything, any difficulties. I talked to them about everything. It was like my possibilities were endless for whatever I wanted to do in the world.”

More than half of the civically-engaged youth in this study named a teacher as their civic role model, with the remainder, in order, divided between civic leaders, parents, everyday people, clergy, and peers. Civic role models were described quite differently from teachers who helped nurture self-efficacy, although occasionally they were the same.

Ranked in order of importance, students valued teacher civic role models for their

1) Passion and ability to inspire

5) Ability to overcome obstacles in life.

Now a volunteer in Boston’s Chinatown, Ryan leads gambling addiction awareness seminars to Asian youth. Speaking of his teachers, he said, “the fact that they are so dedicated to teaching students and helping students and empowering students…that’s such a meaningful gesture. They are always trying to give back to the next generation. That really inspires me.”

It is no surprise that teachers change lives through actions that encourage service-learning in and outside the classroom. But they also change lives because of who they are as human beings — how well they listen, encourage, and inspire.

For young people like Jake Bernstein to become leaders, we need teachers who mentor and inspire them. Once they are engaged in their communities, they inspire others. Check out Jake’s video below! It’s guaranteed to inspire!