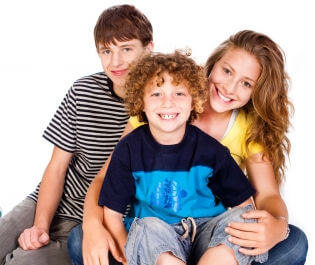 Do you parent, teach, or mentor a child with special needs? Of course you do!

As you know, the term special needs is most often associated with disabilities. It usually refers to a child who needs special assistance or accommodations for medical, psychological, or learning deficits.

I raised a child with special needs, a daughter who was diagnosed with learning disabilities and ADHD. Of course, we gave her additional support and taught her how to advocate for her differences. But what most struck me from a developmental perspective was how much my daughter’s special needs were just like all of her peers.

The truth is that all children have special needs as they journey through childhood and adolescence. They feel awkward and different at times, insecure, and challenged by situations beyond their controls.

Having special needs is not a deficit – it is what makes us different from everyone else in the world! My colleague, Rick Ackerly, brought home a similar point in his recent article, Social Anxiety Disorder v Ashley. Parents and teachers often want to diagnose special needs so that they can figure out a plan to fix the child. But do kids really need to be fixed?

What if we approached children’s special needs differently? What if we asked how we could bring out the highest and best in children from the inside out rather than driving results from the outside, with a focus on deficits and adult authority?

Being Servant Leaders to our Children

To understand how we best serve children’s special needs, let me regress with a bit of leadership theory.

In 1977, Robert Greenleaf charted new territory with his book, Servant Leadership: A Journey into the Nature of Legitimate Power & Greatness.

Great leadership involves facilitating the personal development of others – whether we are leaders of adults or children. Being a servant leader as conceived by Greenleaf involves leading without exercising power over those led. It is linked to positive human development. This dance between power and service is best demonstrated in our collaborative abilities to solve problems and adapt to change.

Ironically, in recent resarch with adolescents, I found that the same qualities possessed by Greenleaf’s servant leaders were also those described by teens when they talked about parents, teachers, and mentors who had influenced their lives in positive ways.

When these adolescents talked about their special needs and challenges, they said their lives were transformed by those who stood along side of them – their families, teachers, and mentors. These adults  instilled moral values, scaffolded kid’s problem solving abilities, and encouraged them to think for themselves.

My articles, Teachers Change Lives through Mentoring & Service Learning and What is a Role Model? Five Qualities that Matter to Young People further exemplify the qualities of servant leaders to children and teens.

Sometimes we are servants to children in negative ways, like when we overindulge their every need. But put in the context of Greenleaf’s servant leadership theory, the more we serve children by instilling values and helping them think for themselves, the greater their growth and development. 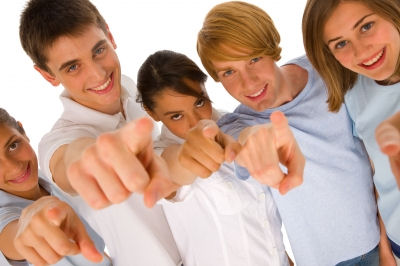 There is no better way to express how we become servant leaders to children than to share a few quotes from the teens I interviewed. Listen to their words and wisdom as they describe the adults who brought out the best in them, from the inside out.

Melinda: “Getting support from somebody who isn’t your parents is very touching. She had no obligation to listen to me, and yet she still did.  It gives you kind of a strength in a way that your parents really can’t give you.”

Ryan: “He encouraged me to keep writing, to channel my emotions into some form of media, rather than keeping them bottled inside of me and being upset about things.”

Byron: “He was always there to help when I needed him.  It wasn’t him telling me what I should do…he was just there to keep me going which I thought was very important because I knew that I could pull stuff together.  It’s just nice having someone there all the time to let you know.”

Victor: “He helped me see the success of an event isn’t just measured by one thing. After everything started going not quite the way I had planned, he was able to step in and let me know that it was alright.”

Ashley: “These two teachers were right alongside me. I could go to them and talk about anything, any difficulties. I talked to them about everything. It was like my possibilities were endless for whatever I wanted to do in the world.”

Danielle: “My father wouldn’t try to tell me what to do. He would instead just be thoughtful and quiet and then he would remind me who I was. He showed that he had faith in me and he knew that I would make a good choice.”

When we are servant leaders to children and teens, they grow up to be servant leaders in their businesses and communities. They know how to respond to the special needs of others and to develop people from the inside out.  How did they cultivate these skills? They were raised and nurtured by servant leaders!

Ask a child you know how they would describe the adults who bring out the best in them? I’d love to hear their responses!