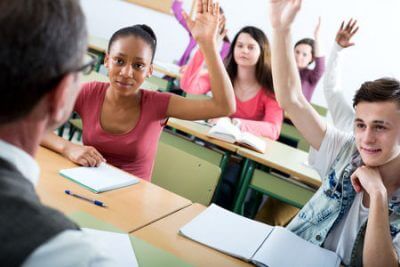 Why is classroom management important for teachers and students? Because a positive teacher-student relationship is essential for student learning and development. Effective classroom management includes a variety of processes and strategies that help teachers create and maintain appropriate behavior in classrooms so that all students have an opportunity to thrive.

Let’s face it. It’s easy for classroom management to get derailed. Even with an abundance of resources to help create positive learning environments, teacher-student relationships can get off track. Consider the following example.

It was fourth period on a Tuesday and 15-year old Vanessa was sent out of Ms. Hartman’s science class for yelling, “Leave me the f— alone!” when Ms. Hartman asked her to open her book and stop talking. Vanessa received an in-school suspension and a parent was called. When she reentered class on Thursday, the lesson had moved on to a new topic and Vanessa felt she had walked into a movie 75 minutes late.

Vanessa was confused about what was going on in class. Her grade dropped because she missed an exam on Wednesday. She refused to approach Ms. Hartman to make arrangements to do a make-up test. Vanessa knew she should not have dropped the “f-bomb” but felt furious that Ms. Hartman reprimanded her when others were also talking.

Teacher-student conflicts, like the one between Vanessa and Ms. Hartman, play out every day across America. Although many districts offer tiered systems of positive behavioral supports and interventions, up to 20% of students do not respond to typical school-wide incentives and rewards/consequences. They need more nurturing, more development of their social-emotional skills, and a more personalized way to build trust with their teachers. 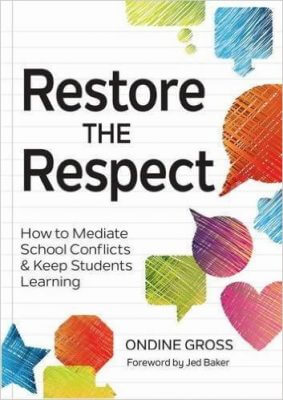 Teacher-student mediation offers a new, innovative classroom management tool that can be successful in many situations. A structured, voluntary, 50-minute meeting led by a trained and impartial adult mediator is at the core of teacher-student mediation. The goal is to restore respect so that teachers can teach and students can learn. Mediation provides teacher and student with ways to listen and understand each other’s perspectives, restore goodwill, and develop positive plans to move forward.  The process boosts social, problem-solving and communication skills – all of which are important for students’ resourcefulness should problems arise in the future. It’s an evidence-based classroom management intervention that should be part of every teacher’s toolkit.

Adults often believe students are “in the wrong.” But is it really that simple? Maybe it is not about right and wrong but about a lack of enough correct information. Maybe some wrong assumptions could be cleared up. Could we push the envelope and rewrite the script? Could we invite both teacher and student into a room and level the playing field – at least during that meeting?  Teacher authority and voice are crucial, yet during the mediation, we can also honor student voice so that both parties are treated with equal dignity and respect. Doesn’t everybody want to be heard and understood?

These questions and how to implement a successful mediation program are presented in my book, Restore the Respect – How to Mediate School Conflicts and Keep Students Learning.

A Closer Look at Teacher-Student Mediation

During a mediation session with Vanessa, Ms. Hartman spoke first about how she felt frustrated that Vanessa was disruptive in class and had a failing grade. Ms. Hartman said she felt Vanessa’s anger and wished to better understand her feelings. As a teacher, she confessed that sometimes effective classroom management meant that a student was removed from class because they were the most disruptive, even though others were talking too.

When asked about Vanessa’s strengths, Ms. Hartman readily shared that Vanessa did great work at the beginning of the semester. She spoke about a time that Vanessa made an insightful comment about mitosis. Ms. Hartman expressed discouragement because Vanessa didn’t interact with her anymore. She genuinely wanted to help Vanessa raise her grade and get back on track.

When it was Vanessa’s turn to talk, she seemed surprised by Ms. Hartman’s sincerity, and even that Ms. Hartman remembered her comment about mitosis! She felt touched that Ms. Hartman came to the meeting and appeared eager to help her.

Vanessa began to let down her guard. She confessed it was hard for her to keep up in Biology. Much of her after-school time was devoted to helping out at home, and she wasn’t able to study well in her home environment. She mentioned that when her seat was changed away from the front of the class, it affected her attention. She admitted that during fourth period she felt hungry and was cranky as a result. Vanessa stated that Ms. Hartman was a good teacher who explained things well. She expressed interest in improving her grade.

When it was time for Ms. Hartman and Vanessa to speak directly to each other, Vanessa immediately, and without prompting, looked Ms. Hartman square in the eye and said, “I’m really sorry for the way I’ve been acting. You are a good teacher and you didn’t deserve that.”

Ms. Hartman responded with warmth and a renewed effort to help Vanessa perform better in class. They discussed how Vanessa could get a snack if she was hungry, change her seat from the back to the front of class, and that Ms. Hartman would help her with missing homework and tests on Tuesday after school. Both left the meeting with smiles and relief that a positive plan was in place and their relationship was mended. 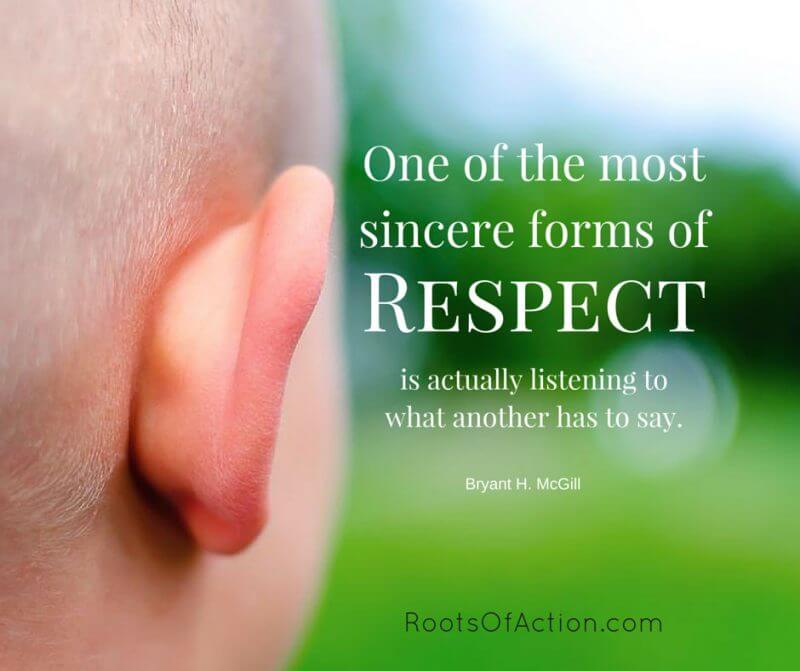 Why Mediation Should Be Part of a Classroom Management Toolbox

Schools are social institutions and their effectiveness is based on the quality of the relationships between people. When classroom management strategies include teacher-student mediation, those involved become more self-aware and resourceful. Relationships improve. Learning is enriched.

Why Teacher-Student Mediation Should Be in Every School (PDF)

Ondine Gross, M.S., Ed.M., is the author of Restore the Respect: How to Mediate School Conflicts and Keep Students Learning She is a nationally certified school psychologist and licensed psychotherapist and has worked in public schools for more than 30 years.
Website // @ondinetalks // Facebook