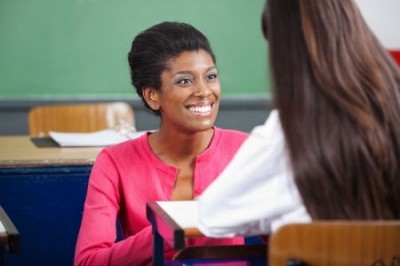 Robert Moskovits began mentoring David* at a summer camp when David was 12. For the next four summers, the two spent time together during camp sessions, chatting about the deep stuff in life. Even after David was too old for camp, Robert stayed in touch, calling him from time to time to check in and say hello.

David finished high school and entered college to study accounting. But coming from a single parent home, David needed help. He mentioned to Robert that he had applications for the Volunteer Income Tax Assistance (VITA) program; an IRS initiative offering grants to accounting students in exchange for volunteering with free tax preparation services to low income families. Moskovits helped David fill out his applications and David got the grant. But was this the end of their story?

Mentoring through the Teen Years

Adolescence can be a rocky trail to traverse for many reasons, such as rapid physical and emotional changes. Confronted by sudden rebellious behavior and dropping grades, a parent may conclude there’s not much to do but wait things out. But there is something important a parent can do to support a teen in the throes of growing up: he can enlist the help of an adult mentor.

The idea of mentoring is thousands of years old. It was central to the ancient Jewish discipleship system on up to the present and was adopted as a tenet of the Ancient Greek education system. The word “mentor” is named after a Greek mythological character that appears in Homer’s Odyssey.  It’s an old system, mentoring. And it works.

A 2009 study led by Lance Erickson of Brigham Young University and based in part on data from the National Longitudinal Study of Adolescent Health which includes over 14,000 participants, found that teens with an adult mentor are 50% more likely to attend college. Furthermore, for students from low income homes, a teacher’s mentorship almost doubled a student’s chances of going on to college.

According to Erickson, a sociology professor at BYU, “Potential is sometimes squashed by the social environment, and the data show that mentors can overcome those forces.”

The mentor, of course, has to have the right qualities and so apparently, does the mentee. Another study authored by Dr. Sharon Straus of the University of Toronto-affiliated St. Michael’s Hospital looks at what makes mentoring partnerships work.

The mentee must be receptive to feedback and take an active listening role. The mentee must respect the value of the mentor’s time by coming to sessions prepared and on time. It also helps when the mentee actually follows a mentor’s advice, at least some of the time.

And so it was and continues to be with Robert and David because actually, that’s not the end of their story.

The two continued to keep in touch. As David contemplated his future, he spent more time than ever talking to Robert. David had by then developed a healthy respect for Robert’s opinions. Their talks were goal-oriented, with Robert offering the benefit of his experience and David happily receptive to his mentor’s advice.

Robert and David appear to have the winning formula which includes the five factors Dr. Straus identified as facilitating a good working mentoring relationship:

As director of business development at the nonprofit Kars4Kids, Moskovits is a busy man. But he makes time for mentoring activities. “There’s a feeling of accomplishment from using acquired knowledge based on experience, and giving it over to someone who has few opportunities,” said Moskovits. “Mentoring gets you back down to the basics, helps you review basic writing and business skills.”

In the St. Michael’s study, mentees were asked to describe their ideal mentor.  The best mentors were said to be honest, trustworthy, and active listeners. Satisfied mentees said there was good engagement between mentor and mentee at every session and that sessions identified issues and set actionable goals.

More practical mentor attributes, however, were deemed just as important. Mentees found a mentor’s connections desirable for getting ahead in their careers or for receiving an overview of the systems or professions in which they hoped to succeed. The feeling among the mentored is that there is no shame in needing a helping hand. The Chinese character for mentor is apt here, translating as it does to “good teacher and helpful friend.”

Not long ago, Robert was at a wedding when he spotted a Kars4Kids board member, the vice president of the large accounting firm where David was doing a summer internship. Robert approached and mentioned David, thinking to make a connection. The board member was receptive, having been a mentee in his own youth. He knew how hard it was to get ahead with few opportunities. “Send me an email about the young man, and I’ll see what I can do for him,” he said.

Robert wrote a letter of recommendation, outlining David’s growth in spite of challenges and obstacles. The VP/board member forwarded Robert’s email to David’s superiors at the firm who immediately offered David a job upon his graduation.

Mentoring is a method that’s tried and true.  When the right ingredients are there, the mentoring relationship can help kids through the rockiest adolescence. And getting kids through to the other side, on the road to successful adulthood, is what parenting and mentoring is all about.

Image Credit: Tyler Olson
(*David is not the real name of the mentored teen in this story.)

Varda Meyers Epstein is a researcher and writer with a focus on education. She serves as the communications writer at Kars4Kids, a nonprofit car donation program that underwrites educational initiatives for children, such as camps and afterschool programs.
Website // @kars4kids // Facebook