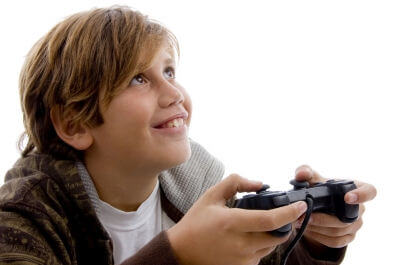 If you’re like most adults, you probably have an opinion about the effects of video games on children and teenagers.

In fact, you might be a bit skeptical about their value.

I’ll be the first to admit my own bias, particularly against violent games.

As I’ve watched my grandchildren play video games on smartphones and iPads, I’ve often wondered how it will affect their long-term development. But has research focused so heavily on the negative outcomes associated with video games that we’ve neglected to see the positive?

A recent article in the Journal of Adolescent Research caught my attention. It showed:

I’m sure these figures are not shocking to the companies who develop and market video games to kids. But quite honestly, I was caught by surprise. Even more unexpected, the article challenged me to question my negative bias about video games.

Can the Effects of Video Games on Children Be Positive?

Most of us are aware that violent video games can trigger young people to transfer feelings of aggression to actions in the real world. Public scrutiny of violent video games increased significantly following the tragic events at Columbine High School in 1999 and Virginia Tech in 2007. It is sure to spur even more debate as the senseless shootings of children in Newtown, Connecticut are thoroughly investigated.

Perhaps as a response to these violent incidents, the negative effects of video games on children, including aggression, hostility, and addiction, has now been examined in more than 300 studies. But the positive effects of non-educational video games, including the development of initiative, intrinsic motivation, and cooperation, has been examined in only 30 studies!

Do we developmental and social psychologists have a bias in what we study? Of course we do!

So what do current studies really show?

Yes, there are incidents where socially isolated, mentally unstable teens have committed acts of violence based on video games. But while the violent video games that are very popular among teen boys have been shown to increase aggression in some studies, other studies have failed to find the same correlation.

Another study found that video games with content that promoted helping behaviors, sharing, cooperation, and empathy actually contributed to the development of those same traits in young teens. 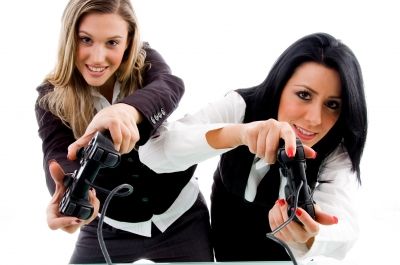 Video Games as an Initiative-Building Activity

One of my personal interests in youth development research has been in the area of how young people develop initiative. In my article, Fostering Initiative in Children and Teens, I outline the important elements of initiative-building activities during childhood and adolescence.

Could playing video games help promote a child’s development of initiative? Indeed, video games have some promise. For example, when kids play video games, they experience intrinsic motivation. They feel excited and find challenge in the process. When playing with friends, video games even show social benefits.

While the activity is not anchored in the “real world,” video games contain rules and challenges that may transfer to other parts of life. In addition, the concentration and effort required to play video games can be a practice ground for other activities that stimulate kid’s passions.

One of the key elements of initiative is the ability to sustain an activity over a period of time so that kids learn to persevere despite challenges.  Clearly, if you’ve been around children and video games, you know it teaches them to try and try again!

Clearly, there is more research needed on the positive and negative effects of video games for kids. But I’m more encouraged that video games are showing some promising qualities that will help kids develop attributes like initiative, motivation, and other important behaviors. I still have lots of concerns and questions about violent video games, as the research is a mixed bag.

In considering the effects of video games on children and which games to give your kids, here are three tips to keep in mind.

It goes without saying, that the more we know our kids or grandkids, the more likely we’ll choose appropriate video games for them. If a child feels isolated, with few friends, do not allow them to indulge in violent video games. However, if a child seems mentally healthy, violent video games may also have positive aspects, like developing initiative, or even cooperation. Look for games with characters that display heroic qualities and strengths and positive messages like teamwork, concentration, and perseverance.

Before you buy, review the video games you give to your kids. Common Sense Media has a special section for video game reviews where parents can go to read about games their kids have requested or to research games they think would be most suitable for specific children. Ratings include a score for positive images, positive role models, and violence, among others.

3. Talk with Your Child About Video Games

Show interest in the video games your children play. Watch them all the way through! Talk about the strengths and weaknesses that various characters display. Help them transfer their knowledge of those characteristics to the real world. By all means, talk with your kids about online safety, particularly if they are playing video games with strangers on the web. And most importantly, discuss violence in the media and the differences between games and the real world.

4. If You Become Concerned

If you child shows abnormal signs of aggression, begins to withdraw from friendships, or is addicted to playing video games more than the average kid, make sure you consult a mental health professional for advice and/or treatment for your child.