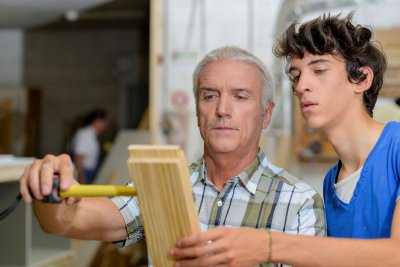 As teenagers grow to young adulthood, who are their role models? Who do they emulate? Why?

One of the most popular articles at Roots of Action is What is a Role Model? Five Qualities that Matter to Teens. Collected from my research on highly successfully, civically-engaged young people, it describes their positive role models and the kinds of attributes that most influenced and inspired them to be their best selves.

Because of the high interest in the topic of role models, I decided to revisit the subject, drawing on additional research.  After all, teens are influenced by a variety of adults and peers. Role models can be instrumental in developing career aspirations, educational goals, and consumer behavior.  They can also motivate youth toward unhealthy behaviors, like bullying, cheating in school, or substance abuse. The more we understand how and why role models influence teens, the better we can support young people in their journeys toward adulthood.

A substantial number of studies have shown us that humans learn through modeling others.  As these experiences accumulate through adolescence, teens decide what socially acceptable behavior is and what is not. They also learn strategies for achieving their goals.

While we often think of role models as people with outstanding qualities like the ones described by teens in Tomorrow’s Change Makers: Reclaiming the Power of Citizenship for a New Generation, the truth is that role models can have positive or negative impacts on children.  For example, many of us know teens who emulated the wrong people – people who were detrimental to their lives.  Yes, these people are role models too!

Researchers have discovered why some teens are drawn to positive role models and others to negative ones.

The answer lies in the mindsets they adopt toward achieving goals. For example, young people are more likely to be inspired by positive role models when they have growth mindsets – when they see themselves as active learners and achievers who accomplish goals through hard work and perseverance. With this type of mindset, youth strive to achieve their best selves. And they look toward adults to show them the way.

A growth mindset can be contrasted to a prevention mindset.  When youth approach life with a desire to prevent or avoid disasters and negative outcomes, they are more likely to gravitate toward role models who will help them learn avoidance strategies. These strategies might include cheating on tests or using drugs and alcohol to escape life challenges.

Positive role models boost young people’s motivation by modeling a guide to achieving success. For example, they likely have 1) an ability to inspire others, 2) a clear set of values, 3) a commitment to community, 4) an acceptance of others, and 5) an ability to overcome obstacles. They illustrate for youth a way of achieving successful goals and a sense of self-worth. Youth who have a growth mindset are likely to gravitate toward these types of positive role models.

Negative role models also boost young people’s motivation, but in different ways than positive ones. They do so by guiding youth toward strategies for avoiding failure. They often have a deep personal fear of failure and have found various coping mechanisms and strategies to avoid misfortune at all costs. Young people who have developed a prevention mindset are likely to find these types of role models very helpful because they share similar fears.

It is obvious that helping youth find positive role models is not a clear-cut or simple task, particularly if they have adopted prevention mindsets during their growing-up years. We have to dig deeper – to help raise kids with growth mindsets! Below is a list of five things you can do to help children grow in ways that bring positive role models into their lives.

2. Teach children that failure is necessary for success.

3. Encourage youth to participate in initiative-building activities, those they choose for themselves because it gives them internal rather than external rewards.

5. Talk with youth about inspirational heroes from movies and books. Heroes show children how to overcome a variety of life challenges and encourage a growth mindset from an early age.

Related Articles You May Enjoy 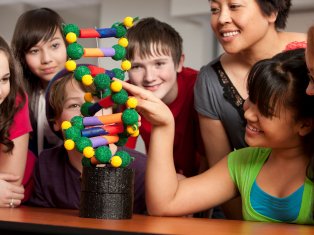 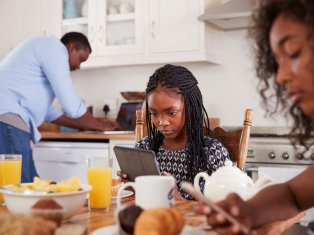